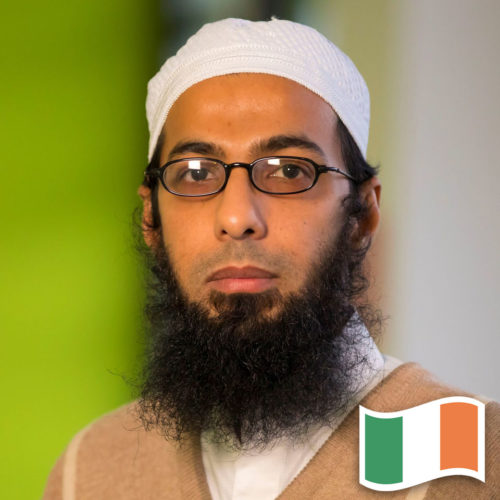 Mubashir Husain Rehmani (M’14-SM’15) received the B.Eng. degree in computer systems engineering from Mehran University of Engineering and Technology, Jamshoro, Pakistan, in 2004, the M.S. degree from the University of Paris XI, Paris, France, in 2008, and the Ph.D. degree from the University Pierre and Marie Curie, Paris, in 2011.
He is currently working as Assistant Lecturer in the Department of Computer Science, Cork Institute of Technology, Ireland. Prior to this, he worked as Post Doctoral Researcher at the Telecommunications Software and Systems Group (TSSG), Waterford Institute of Technology (WIT), Waterford, Ireland.
He also served for five years as an Assistant Professor at COMSATS Institute of Information Technology, Wah Cantt., Pakistan. He is currently an Area Editor of the IEEE Communications Surveys and Tutorials.
He served for three years (from 2015 to 2017) as an Associate Editor of the IEEE Communications Surveys and Tutorials.
He is also serving as Column Editor for Book Reviews in IEEE Communications Magazine.
He is appointed as Associate Editor for IEEE Transactions on Green Communication and Networking. Currently, he serves as Associate Editor of IEEE Communications Magazine, Elsevier Journal of Network and Computer Applications (JNCA), and the Journal of Communications and Networks (JCN).
He is also serving as a Guest Editor of Elsevier Ad Hoc Networks journal, Elsevier Future Generation Computer Systems journal, the IEEE Transactions on Industrial Informatics, and Elsevier Pervasive and Mobile Computing journal.
He has authored/ edited two books published by IGI Global, USA, one book published by CRC Press, USA, and one book with Wiley, U.K.
He received “Best Researcher of the Year 2015 of COMSATS Wah” award in 2015.
He received the certificate of appreciation, “Exemplary Editor of the IEEE Communications Surveys and Tutorials for the year 2015” from the IEEE Communications Society. He received Best Paper Award from IEEE ComSoc Technical Committee on Communications Systems Integration and Modeling (CSIM), in IEEE ICC 2017.
He consecutively received research productivity award in 2016-17 and also ranked # 1 in all Engineering disciplines from Pakistan Council for Science and Technology (PCST), Government of Pakistan.
He received Best Paper Award in 2017 from Higher Education Commission (HEC), Government of Pakistan.
He is the recipient of Best Paper Award in 2018 from Elsevier Journal of Network and Computer Applications.
He has been selected for inclusion on the annual Highly Cited Researchers™ 2020 list from Clarivate.
His performance in this context features in the top 1% in the field of Computer Science.
The highly anticipated annual list identifies researchers who demonstrated significant influence in their chosen field, or fields, through the publication of multiple highly cited papers during the last decade.
Their names are drawn from the publications that rank in the top 1% by citations for field and publication year in the Web of Science™ citation index.

All Sessions by Mubashir Husain Rehmani