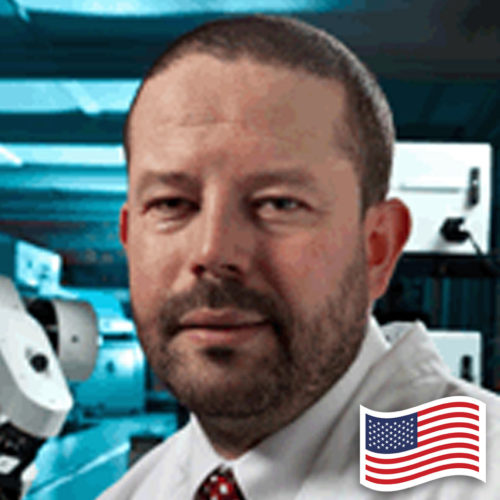 Molecular pharmacologist and technologist, and the founder, president & CEO of Keren Therapeutics

Hakim Djaballah is an Algerian-born American molecular pharmacologist and technologist, and the co-founder, president & CEO of Keren Therapeutics, a startup company dedicated to the science of aging, esp. age-related cognitive declines including sarcopenia, cachexia and Alzheimer’s disease. Formerly, Djaballah was the CEO of the Pasteur Institute in Korea, a translational research institute with a focus on infectious diseases, oncology, and diagnostics. Prior to his move to Korea, Djaballah was affiliated for 11 years with the Memorial Sloan Kettering Cancer Center in New York, USA; where he was the director of the high throughput drug screening laboratory. He received his BSc degree (Hon) in biochemistry with biotechnology from the University of Birmingham (England) and a doctorate degree in biochemistry from the University of Leicester (England). To date, Djaballah has published more than 100 peer-reviewed articles, book chapters, and reviews. He is an inventor on a number of patents and a founder of two biotechnology companies. He is the recipient of the 2007 Robots and Vision User Recognition Award.

All Sessions by Hakim Djaballah