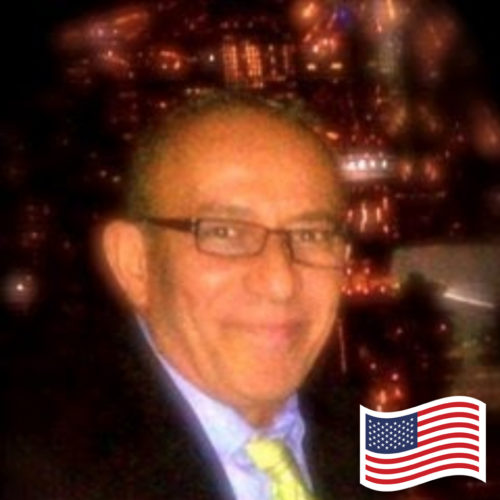 Professor at University of Illinois at Chicago

Dr. Amirouche is currently a Professor and Director of Orthopaedic research at the University of Illinois at Chicago. He is the Director of Biomechanics at the Northshore University Systems, Orthopaedic Research Institute affiliate of the University of Chicago. He is also a senior research scientist at Jesse Brown Veterans Hospital, Chicago, IL. A graduate of University of Cincinnati where he received his BS, MS, and Doctorate degree in Engineering Science Aerospace, and mechanical engineering with focus on Biomechanics.
He served as a professor of Mechanical ad Bioengineering at UIC. He worked closely Dr. Gunnar Anderson in the department of Orthopaedics at Rush Presbyterian Hospital; Dr. Amirouche joined the Department of Orthopedics at UIC in 1998. He received the prestigious award of Scholar Professor at University of Illinois in December 2005 and served as the Director of Orthopaedics Research since 2006 where he served as full professor of Orthopaedics and Director of orthopaedic research.
Dr. Amirouche has developed a broad experience in orthopaedic biomechanics and related areas where he works on innovative new solutions and their realization, from concept phase to market readiness. His particular research interests are in the areas of knees/hips, spine biomechanics, biological tissues, the bone/implant interface, kinematics/kinetics of human joints, experimental and finite element analysis used to characterize the mechanical behavior of biological tissues and reconstructive devices for orthopedics.
He is the author of several patents including an innovative and revolutionary class of micro pumps with sensory feedback that can deliver more than one medicament (artificial pancreas) to help diabetes patients. Dr Amirouche has also created the intelligent knee and other orthopaedic devices. His past research was supported by NIH, NIOSH, NSF, NASA, US Air Force and several industrial companies including Baxter, Johnson and Johnson, Depuy Orthopedics and Zimmer. He has appeared in various National and International News Articles: New York Times, Wall Street Journal, Newsweek, Chicago ABC TV 7, and Algerian TVs. He has 7 published books and another 4 books with several chapter contributions. He has over 250 peer reviewed articles and graduated over 30 PhD students. He has been listed in International Leaders in Achievement, Presidential Seal of Honor, Who’s Who in Science and Engineering and Man of the Year 1996 to name a few. Served on advisory panels and reviewer committees to NIH, DOD, NIOSH, Quebec Government, Algeria Biotechnology Center, and several Bioengineering activities

All Sessions by Farid Amirouche